Time Management: How to make the most daily?

Scientists and doctors recently started considering cannabis for cancer treatment and medical purposes. Previously the only thing people know about it is to get high from it. That’s why the governments banned their farming in many countries. However, many other countries are making many essential products from cannabis and are properly farming it.

By studies, it was documented that different compounds of cannabis can be used in curing of many diseases. Especially the CBD, is effective in killing cancerous cells.

Cannabis refers to a group of three plants with psychoactive properties, known as Cannabis sativa, Cannabis indica, and Cannabis ruderalis.

Matt Dun, A researcher at the University of Newcastle Australia, completed his three years of study on cannabis for cancer treatment. The study shows that cannabis kills the cells without harming other cells in the human body.

Press release of university shows that:

‘Laboratory tests conducted at the University of Newcastle and Hunter Medical Research Institute have shown that a modified form of medicinal cannabis can kill or inhibit cancer cells without impacting normal cells, revealing its potential as a treatment rather than simply a relief medication’ 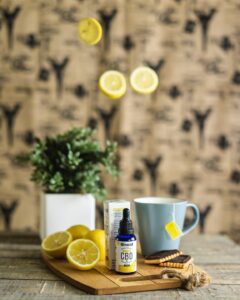 This is a breakthrough in cancer cure. However, research and testing still take time to develop reasonable proof.

The strain is built in such a way that it contains a very less amount of substance that is associated with the feeling of getting high. Rather it contains a high amount of CBD for cure purposes. It also has no side effects and does not damage other body cells.

Further, the next steps are to test these strains against other cancerous cells and convince scientists and medical researchers to take cannabis seriously. After that, they should convince the regulators to allow farming and cultivation of cannabis. As we said earlier, the governments consider it side by side with heroin and is illegal in many countries including the US.

Cannabis has a curing effect on many diseases. But this research gives clear cut evidence. We know people that already get rid of cancer using cannabis. They claim that it is cannabis who comes to cure their disease along with other medical procedures.

It is good news that we can use cannabis for cancer treatment in the near future. But these pieces of evidence are not enough to claim the victory against cancer. There is still a lot more to go. Wish the scientists the best of luck and readers great health.

5 Simple Tips for Safe Browsing on the Internet

Make Google my homepage in windows 11 and 10

How to find the best hair clipper UK

Whatsapp is Working on its Most Awaited New Features

Previous Article
How To

Time Management: How to make the most daily?

How Legalization of Hemp Production can Super Boost Pakistan’s Economy?

10 Tips for a Healthy Lifestyle:

By clicking “Allow All”, you agree to the storing of cookies on your device to enhance site navigation, analyze site usage, and assist in our marketing efforts.

I accept use of cookies
PRESS ESC TO CLOSE