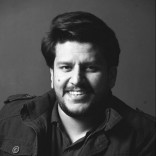 Football is the game almost everyone loves to play and watch. In Football Messi and Ronaldo are the two greats always fun to watch. Moreover, people use images of Cristiano Ronaldo and Lionel Messi as wallpapers, themes, and posters. Also, both of them put several records with their names.

Football lovers always do conversation and debate over who is better. There is always ‘Messi vs Ronaldo’ competition going around. They both are exceptional players of this time.

Messi used to play from Football Club Barcelona and country Argentina. On the other hand, Ronaldo CR7 played from different clubs like Manchester United, Real Madrid, and Juventus. Currently, he is playing from Juventus. The playing country of Cristiano is Portugal.

Messi played a total of 866 games and Ronaldo 1009 games. For FC Barcelona Messi played 728 matches and the remaining 138 played for his country Argentina. On the other hand, Ronaldo played 31 matches for Supporting De Portugal, 292 for Manchester United, 438 for Real Madrid, 84 for Juventus, and 164 for his country Portugal.

Coming to total goals, Ronaldo has 732 while Messi has 701 to his name. From 732 Ronaldo did 5 for Supporting De Portugal, 118 for Manchester United, 450 for Real Madrid, 60 for Juventus, and 99 for his country Portugal.

9th Back to Back Serie A Title for Juventus

While Messi did 631 for Barcelona and the remaining 70 for Argentina.

Messi assists 297 goals in comparison to 219 from Ronaldo. Messi gives an assist in every 237 minutes while Ronaldo in every 373 minutes.

No of Minutes For Each Goal:

Messi took 100 minutes for each goal while Ronaldo’s time is 111 minutes.

A Modified Strain of Cannabis can Kill Cancerous Cells: Scientists

Whatsapp is Working on its Most Awaited New Features

Stress Management: How to Stay Calm in Stressful Situations?

How to Make a Startup Business Successful?

Top Most Successful Startups of All the Time:

10 Tips for a Healthy Lifestyle:

Previous Article
Health, How To

You can toggle right click protection within Theme Options and customize this message as well.

You can also add shortcodes here.